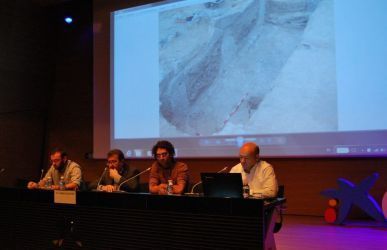 Given the importance of the finding, the Cultural Association “The Patiaz” keeps in touch with organizations related to the academic world (archeology and anthropology), and the media (press, radio and television). 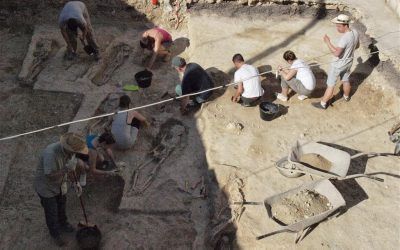 In July 2013, was carried out the Phase IV of Excavations of the Islamic Necropolis of Tauste. Promoted by the Cultural Association “The Patiaz”

Phase IV excavations of the Islamic Necropolis in Tauste. Its financing was provided by the Association and some micro fundraisers and was strongly backed by civil society.

Excavation of the Necropolis 2013-6

Photo gallery of the fourth phase of the excavations at the Islamic necropolis in Tauste.Volunteer work, news, press and television reports. 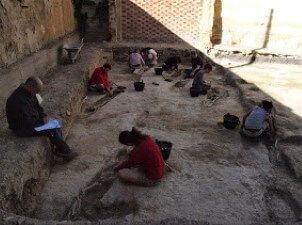 Excavation of the necropolis 2013-3

Excavation of the necropolis 2013-2 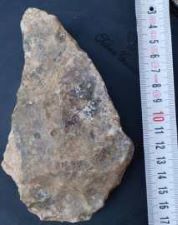 Excavation of the necropolis 2013-1

During the works in the muslim necropolis found in Tauste, it has been discovered a Paleolithic flint. 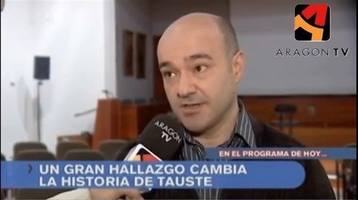 The Islamic cemetery of Tauste under study. The Department of Ancient Sciences of the University of Zaragoza organizes the II PRACTICAL COURSE OF FORENSIC ANTHROPOLOGY. 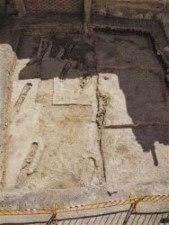 Work in the Islamic necropolis of Tauste amplifies its repercussion in social media and specialized websites. 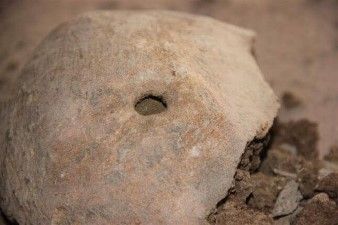 Trepanned skull found in the Islamic necropolis is dated between the 8th and 11th centuries. Bone regeneration indicated the person had lived after the operation. 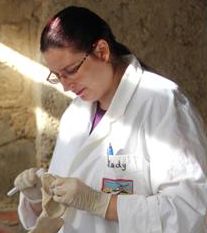 The anthropology report made it possible to identify the sex, age and height of most preserved skeletons. 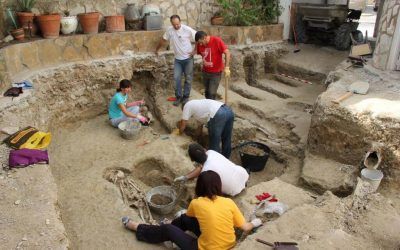 These days phase three of the excavations at the Muslim necropolis in Tauste promoted by the El Patiaz Cultural Association has been concluded.

The Islamic Cemetery in Tauste

The cemetery seems to be of extremely large dimensions, according to the local people that claim to have previously known about the existence of these remains. 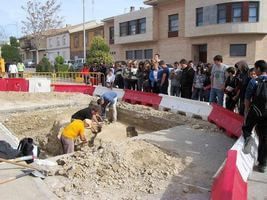 Unknown Muslim necropolis in the center of Tauste. The find would confirm the relevant position of the town during Muslim rule.